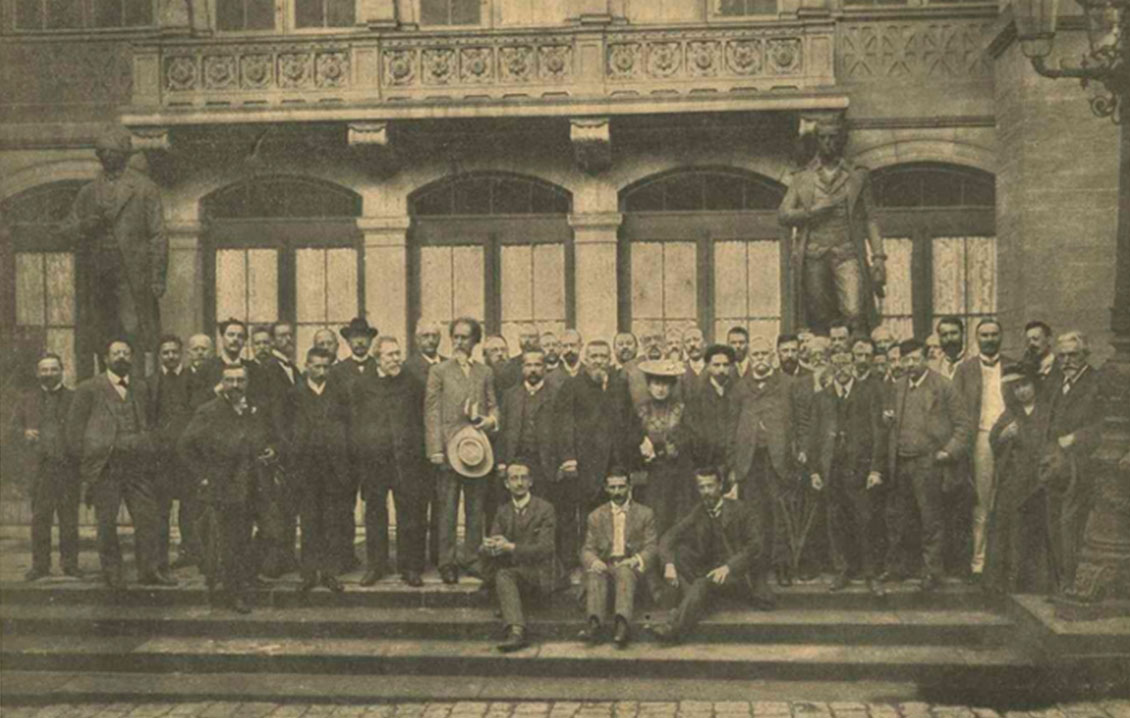 We invite you to the upcoming Leiden Interdisciplinary Migration Seminars (LIMS) talk entitled “Internationalism, Protectionism, Xenophobia: The Second International’s Migration Debate (1889–1914)” with Daan Musters (The Council for Public Administration), which will take place online on Friday, 17th of December 2021, from 12:30 to 14:00 (CET).

Between 1889 and 1914, the Second International (SI) united left-wing movements across the world in an attempt to promote international socialism. In 1907, the SI adopted an “internationalist” resolution on migration, which rejected restrictions on the free movement of workers, especially restrictions based on migrants’ racial or national background.

Under the “internationalist” surface, however, the issue proved highly controversial. In his talk on the SI’s migration debate, Daan Musters presents the three ideal-typical positions on migration that emerged – internationalism on the one hand, and protectionist nativism and xenophobic nativism on the other – and shows how the incompatibility of the internationalist and nativist positions caused internal divisions to arise.

Apart from speaking to the classic historiography on the SI, which deals with the incompatibility of internationalism and nationalism, this presentation traces the influence of racist and culturalist ideologies on the debates and historicizes the discussions within the broader context of the modern international migration system that was taking shape at the time. It considers how the migration debate of the Second International connects both forward and backward in time and shows how the insights from his research can help us shed light on the way the Left has positioned itself on immigration in the century after the Second International’s migration debate took place. The presentation further deals with the way in which the debates on migration played out domestically for the Sozialdemokratische Partei Deutschlands (SPD) and the Socialist Party of America (SPA) – two parties that openly rooted for restrictions at the international platforms of the Second International.

The presentation is based on in-progress research related to the Institute for History.

Organized by Leiden University, a partner of the Horizon 2020 project ITHACA – Interconnecting Histories and Archives for Migrant Agency: Entangled Narratives Across Europe and the Mediterranean Region, LIMS aims at fostering discussion across disciplines on migration-related topics and creating an open dialogue between the speakers and the attendees. The seminars are a platform for those at Leiden University working on migration-related topics.

Learn more about the talk by visiting the official webpage.

This work is licensed under a Creative Commons Attribution 4.0 International License.

This website uses cookies to improve your experience while you navigate through the website. Out of these, the cookies that are categorized as necessary are stored on your browser as they are essential for the working of basic functionalities of the website. We also use third-party cookies that help us analyze and understand how you use this website. These cookies will be stored in your browser only with your consent. You also have the option to opt-out of these cookies. But opting out of some of these cookies may affect your browsing experience.
Necessary Always Enabled
Necessary cookies are absolutely essential for the website to function properly. These cookies ensure basic functionalities and security features of the website, anonymously.
Functional
Functional cookies help to perform certain functionalities like sharing the content of the website on social media platforms, collect feedbacks, and other third-party features.
Performance
Performance cookies are used to understand and analyze the key performance indexes of the website which helps in delivering a better user experience for the visitors.
Analytics
Analytical cookies are used to understand how visitors interact with the website. These cookies help provide information on metrics the number of visitors, bounce rate, traffic source, etc.
Advertisement
Advertisement cookies are used to provide visitors with relevant ads and marketing campaigns. These cookies track visitors across websites and collect information to provide customized ads.
Others
Other uncategorized cookies are those that are being analyzed and have not been classified into a category as yet.
SAVE & ACCEPT